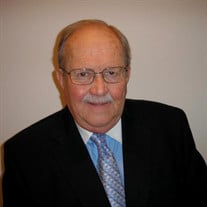 Thomas R. Schaide passed on December 20, 2021 at the age of 85. The son of William and Virginia Schaide, he is survived by his daughter and son-in-law, Linda and Jon Moehlman, as well as grandchildren Katie and Rob Moehlman. After being cared for by family and dear family friend Amy Cater, with support from Agape Hospice, Tom passed peacefully at home. Tom grew up in Mayfield Heights, OH. After graduating from Kent State University he joined Firestone. After transferring from Ohio to Virginia with Firestone, Tom settled in Spartanburg, SC in 1970. He left Firestone (then Spartanburg Steel Products) in 1980 to launch several small businesses, most notably, Tomark Industries. An avid private pilot, Tom flew for business as well as for pleasure, and piloted many Angel Flights for children and others needing compassionate medical air transport. While serving as a board member and past Chair of Habitat for Humanity of Spartanburg, Tom donated a parcel of land in Una and worked tirelessly to secure funding for infrastructure for this development. His efforts helped make this neighborhood of 47 homes a reality. Tom was predeceased by his daughter Shelly with his first wife of over thirty years, Patricia Joslin Schaide. He subsequently was married for almost 20 years to Mildred Shope Schaide. He is also survived by cousin Susan Leeds and her family, as well as Arlene and the O’Neill clan in Lexington KY. Tom moved frequently in his later years and had resided in both Tryon, NC and Dahlonega, GA. A man who had an incredibly strong work ethic, Tom was masterful at creating innovative solutions to both grow his business and to help people. He also loved to travel the world, tell outrageous stories, share a good laugh (preferably over a fine meal), and was a voracious reader. Tom abided in deep faith and was an active member of several denominations of churches throughout his life. He and his daughter visited Jerusalem and the Holy Land together to celebrate his 80th birthday. While he was deeply loved and will forever be missed, his family is grateful he has been released from the mortal ravages of Dementia. In lieu of flowers, memorials can be made to Habitat for Humanity of Spartanburg or to https://gofund.me/016b07f4 . A tree and a plaque or bench honoring his compassionate generosity and subsequent impact to the community is being planned. A Celebration of Life will be held at a later date with immediate family.

Thomas R. Schaide passed on December 20, 2021 at the age of 85. The son of William and Virginia Schaide, he is survived by his daughter and son-in-law, Linda and Jon Moehlman, as well as grandchildren Katie and Rob Moehlman. After being cared... View Obituary & Service Information

The family of Thomas Regan Schaide created this Life Tributes page to make it easy to share your memories.

Send flowers to the Schaide family.