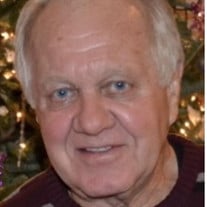 Merle F. Arseneau Greer Merle Francis Arseneau, 80, husband of 20 years to Mary Marie Arseneau, of Greer, departed this life on September 15, 2019 at St. Francis Hospital Downtown Greenville. By the grace of God Merle became a very successful man during his lifetime. He was in the U.S. Army where he served overseas, a firefighter in Bradley, IL he worked for many different companies such as Roper Outdoor Power Equipment in Orangeburg, SC, he was a Project Manufacturing Engineer, Bradley, IL a Manufacturing Engineer Supervisor within the Bradley, IL Facility, he worked at Textron Inc. as an engineer and at John Deere as a consumer products engineer. His education, like his career, was very successful as well, he attended Kankakee Community college, Spartanburg Technical College and Greenville Technical College where he took numerous classes to further his career. In addition to his wife, Merle is survived by his ex-wife Patricia C. Arseneau of Florence, SC; four daughters, Shelly Hamrich of Florence, SC; Brenda Dukes and Julie King both of Columbia; Lydia Scusa of Orlando,FL; one son Doug Allen Arseneau of Myrtle Beach; one brother Gail Arseneau; one sister Carolyn Arseneau both of Beaverville, IL; 14 Grandchildren; 8 Great-grandchildren; his three special friends Less, Valentine and Evan; and many other extended family and friends. No services will be held Farewell to my loving wife, family, friends and associates. Until we meet again. May the glory of the Lord shine His light upon each and every one of you.

The family of Merle Francis Arseneau created this Life Tributes page to make it easy to share your memories.

Send flowers to the Arseneau family.