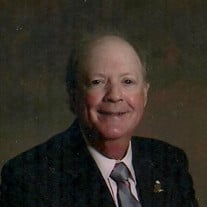 Leonard (Lenny) Dean Senn of Duncan entered into the presence of God on August 23, 2019 following a courageous 14 month battle with melanoma. Lenny was born on September 14, 1946. He is survived by his wife of 46+ years, Amelia Berry Senn. He was predeceased by his parents Leonard Boyd (LB) Senn, Jr. and Cornelia West Senn and his sister, Carol Sue Senn. Lenny is also survived by his daughters, Ginger Spencer (Mark) of Hickory, NC, and Carrie Senn of Portland, OR. He is survived by his “adopted” granddaughters, Lauren Guion and Maggie Balltrip, his longtime childhood friend and co-conspirator Doug McAbee and his special fur babies, Samson, Tabitha and Dixie. Lenny was a 1964 graduate of Fairforest High School. He was especially proud of his ’64 GTO which he received from his parents for graduation. He attended both Spartanburg and Greenville Techs for training in the trucking business, specifically billing and routing. Over the course of his career, Lenny worked in billing at Turner Trucking Company, was manager of Worth Chemical Company, and was Traffic Manager at Blackman Uhler Chemical. In the 1950’s Lenny raced go-carts and won many races. In the 1960’s and early 70’s he was a member of the pit crew for the Cotton Owen’s Race Team. He was an avid NASCAR Fan and was a member of the Richard Petty Fan Club. For a short time he enjoyed owning a drag car and ran on several local tracks. Most importantly Lenny loved his Lord and Savior Jesus Christ. He was a member of Nazareth Presbyterian Church for 46 years where he served as an Elder and was a member of the Segrest Sunday School Class. He loved his fellow church members and greeted them and visitors warmly each and every Sunday. One of his greatest disappointments was not being able to attend church regularly over the last 14 months. A Celebration of Life will be held at Nazareth Presbyterian Church, 680 Nazareth Church Road, Moore, SC 29369 on August 28, 2019 at 4:30 p.m. A reception will be held in the Family Life Center following the service. The family would like to thank the amazing staff of the Spartanburg Regional Hospice in home care and at the Hospice House. Their dedication to patient and family comfort and wellbeing is outstanding. Please no flowers or house plants as many are toxic to cats. Memorials may be made to either Nazareth Presbyterian Church or to the Spartanburg Human Society, 150 Dexter Road, Spartanburg, SC 29303 from which his fur babies were adopted.

Leonard (Lenny) Dean Senn of Duncan entered into the presence of God on August 23, 2019 following a courageous 14 month battle with melanoma. Lenny was born on September 14, 1946. He is survived by his wife of 46+ years, Amelia Berry Senn.... View Obituary & Service Information

The family of Leonard "Lenny" Dean Senn created this Life Tributes page to make it easy to share your memories.

Leonard (Lenny) Dean Senn of Duncan entered into the presence...

Send flowers to the Senn family.