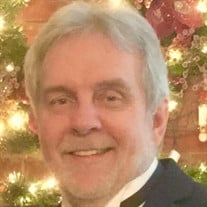 Larry Ray Short passed away on October 20, 2021 after a gallant 18 month struggle with ALS. He was 69 years old. Larry was the son of Betty Ann Short and the late Curtis Ray Short of Chesapeake, VA. He is survived by his mother Betty Ann Short; wife Connie Short of Spartanburg; one son, Timothy Short and (AKA favorite daughter-in-law), Amber Short, of Spartanburg; three daughters, Brandy Shaffer and partner Mike Smith of Front Royal, Virginia, Kristen Farina and husband (AKA favorite son-in-law), Joseph of Eldersburg, Maryland; Alexis Short and partner, Thiago Sielski, of Charleston, South Carolina; and nine grandchildren: Taylor Tewalt and fiance', Damion Wolford; Karlee Evancho; Noah, Connor, and Jacob Short; Isabella, Sophia and Liliana Farina; and Rafael Sielski. He also had a set of twin great-grandsons, Carson and Parker of Strasburg, Virginia. Larry is survived by two sisters: Kathy Hewitt (Owen) of Cocoa Beach, Florida, and Karen Balsamo (Larry) of Chesapeake, Virginia and one brother, Jerry Short (Vickie) of Nokesville, Virginia. Larry is predeceased by his father, Curtis Short, and brother, Terry Short. Larry was born in Pineville, West Virginia and raised primarily in Manassas, Virginia. He attended George Mason University after graduation. He worked 21 years for IBM as a department technician. In 1995, he moved to Spartanburg, South Carolina and worked for Swift Transportation as an IT Specialist and Lotus Notes Administrator for 23 years, retiring in 2018. Larry was a devoted husband and his primary passion involved spending time with his grandchildren. His house in Spartanburg was always full of activities with family and friends. He truly loved attending his grandchildren’s athletic activities. Larry was a history buff and loved music. He even spent time in his younger years playing bass guitar in the Bradley Forest Singers which included his mother, father, and brother, Jerry, playing gospel music at various Baptist churches in the Northern Virginia area. Following their retirements, Larry and Connie planned to travel extensively. They visited Disney World numerous times with their grandchildren and were on a Viking cruise down the Rhine River visiting several locations in the Netherlands, Germany, France, and Switzerland when Larry experienced a heart attack and had to receive an emergency heart bypass in Bad Krozingen, Germany on April 20, 2019. Following his return to the states, he was diagnosed with ALS, and their post-retirement plans tragically ended too soon. Since his ALS diagnosis, Larry has been courageously battling the effects of the terrible disease with the steadfast help of his devoted wife, Connie, and son, Tim, as well as, his extensive support network of family and local care givers. The care given by Lutheran Hospice Group was outstanding during his final months. His nurse, “Rocking” Robyn, was always available at any time. A memorial service will be held at 11:00am, Saturday, December 4th, 2021, at Living Waters Funeral Home in Lyman, South Carolina. In lieu of flowers, please consider making a donation to the Lutheran Hospice Group of 429 N Main St #C, Greenville, South Carolina, 29601.

Larry Ray Short passed away on October 20, 2021 after a gallant 18 month struggle with ALS. He was 69 years old. Larry was the son of Betty Ann Short and the late Curtis Ray Short of Chesapeake, VA. He is survived by his mother Betty Ann... View Obituary & Service Information

The family of Larry Ray Short created this Life Tributes page to make it easy to share your memories.

Send flowers to the Short family.