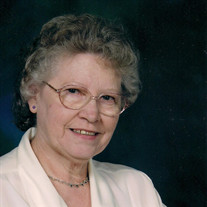 Lyman: Dorothy Ellen Delbridge Wayne, 82, passed away on Sunday, February 17, 2019 at the Spartanburg Regional Medical Center. A native of Moundsville, WV, Mrs. Wayne was the daughter of the late William J and Gertrude (Brothers) Delbridge. She is the happily married wife of 65 years to Sidney “Jack” Wayne. While in West Virginia, Mrs. Wayne was a glass selector for Fostoria Glass Company and after moving to South Carolina she served in customer service for the Coats and Clark Company. Known for her enjoyment of baking, crafts, bowling and especially bingo, she, also, had a heart of love for her family. Dorothy is survived by: two children, a daughter, Kathryn Jarjabka (Mike) and a son, Jeffery Wayne; six grandchildren, Crissy, Natalie, Meagan, Casey, Angie, and Tyler; eight great-grandchildren; a daughter-in-law, Patricia Wayne; a sister, Sheila and a brother, Harold. She was preceded in death by a son, Daniel Wayne and two brothers, Robert and Sonny. A Memorial Service will be held at a later date.

The family of Dorothy Ellen Wayne created this Life Tributes page to make it easy to share your memories.

Send flowers to the Wayne family.